Posted on January 8, 2018 By debsrvtravels

My first stop in Florida was to visit my sister Cheryl in Marianna for a couple days.  There isn’t a whole lot to do there, but the Peanut Festival was going on in nearby Dothan, AL.  This is like a county fair with an emphasis on the peanut crop that is grown locally.  There were some nice restored tractors on display in the exhibit hall.  (I like tractors 🙂 ) 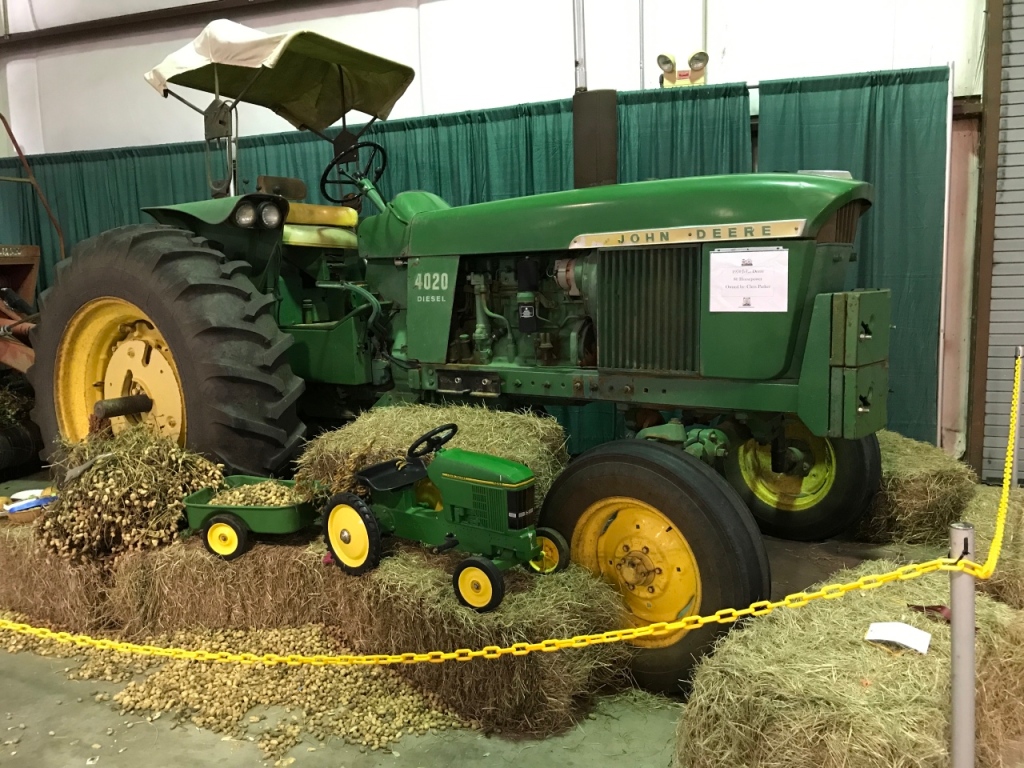 And of course, a Ford…

From Marianna, I headed to the Palatka Fall Bluegrass Festival held at the Rodeheaver Boys Ranch located in the Ocala National Forest.  My favorite band, the Gibson Brothers were in the lineup for Friday & Saturday.  They have some great songs. 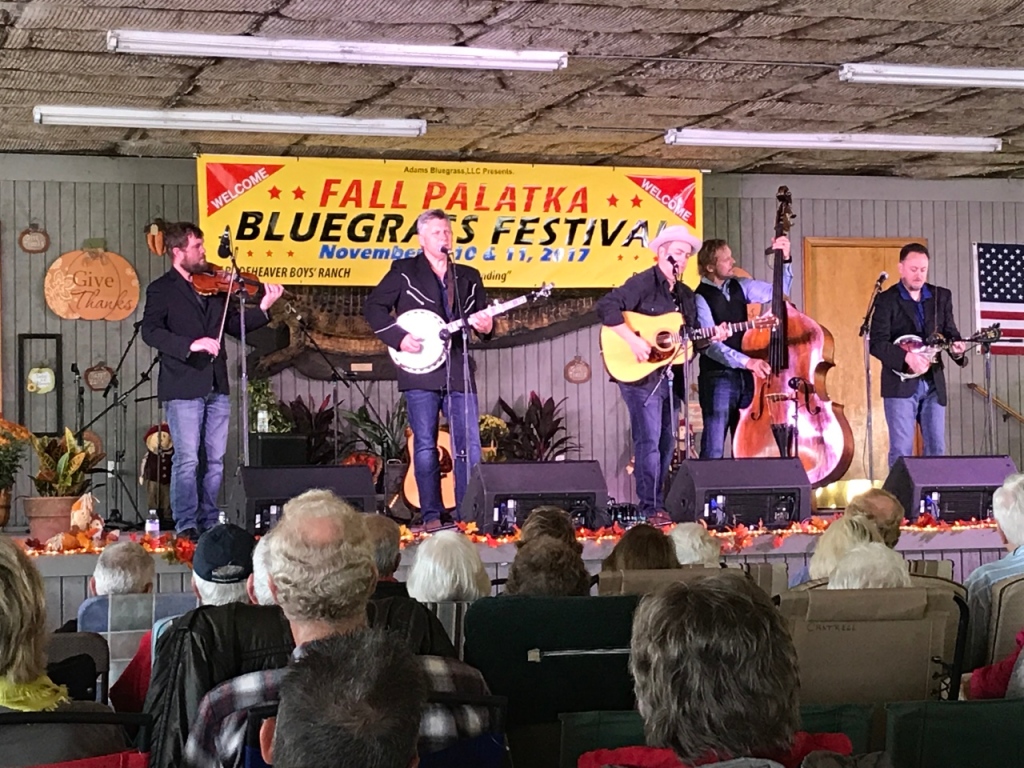 Rhonda Vincent also played and I really like her music.  Couldn’t get a decent pic because she was wearing all white, has a very light complexion and blonde hair.  So the light just glared off her.

From there I traveled to Dade City where I stayed through Christmas.  I was able to park at my sister Lynn’s house.  I had a 110 electric connection and access to water to fill my fresh water tank.  This worked out great. Since I lived in Florida for 30+ years, there wasn’t really any sightseeing I wanted to do.  Mostly stayed in the area and visited with friends and family.  Also worked on some projects since I had access to tools that I don’t have.  The biggest project was to build some shelves in the truck bed.  This enabled me to organize the contents so I can get to everything without having to move several containers. I like how it turned out.  It was a jumbled mess before.

On Friday before Christmas a few of us went to Church Street Christmas.  This event is in Dade City along a few blocks of Church Avenue which is an historic district.  All the residents decorate and there are different music performers outdoors.  The weather was perfect and we all enjoyed seeing the homes and decorations. 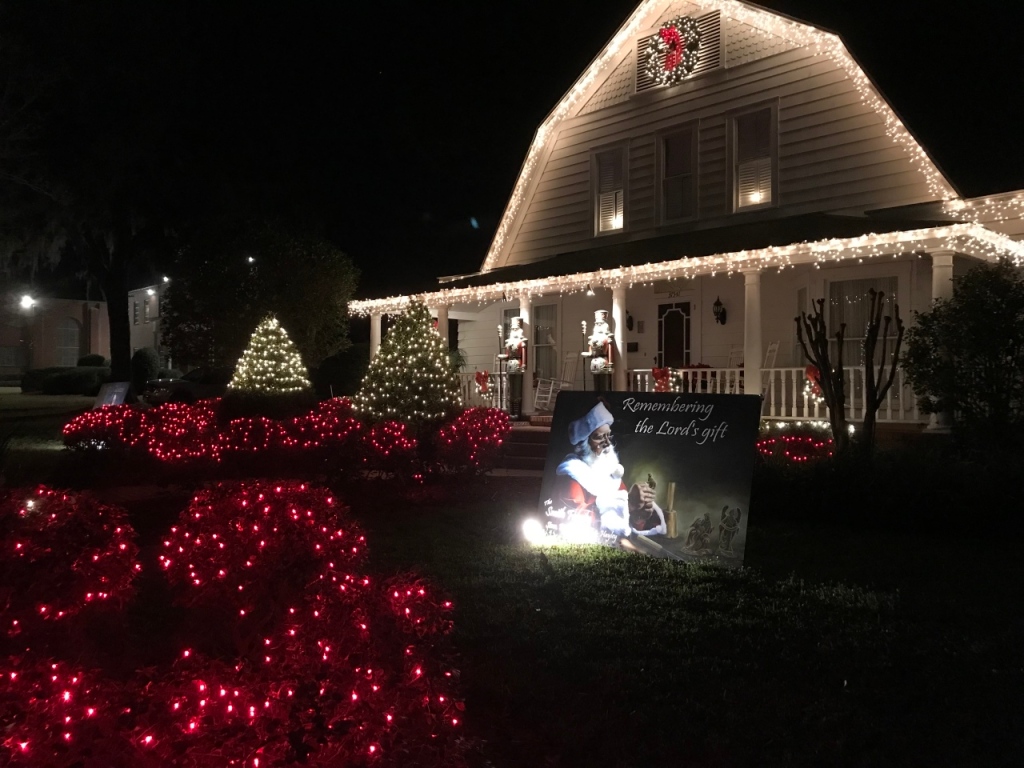 On December 28th, I said goodbye and started the trip back west.  My sister Cheryl had come down for Christmas, so I drove her back to Marianna, which is along I-10 west of Tallahassee. 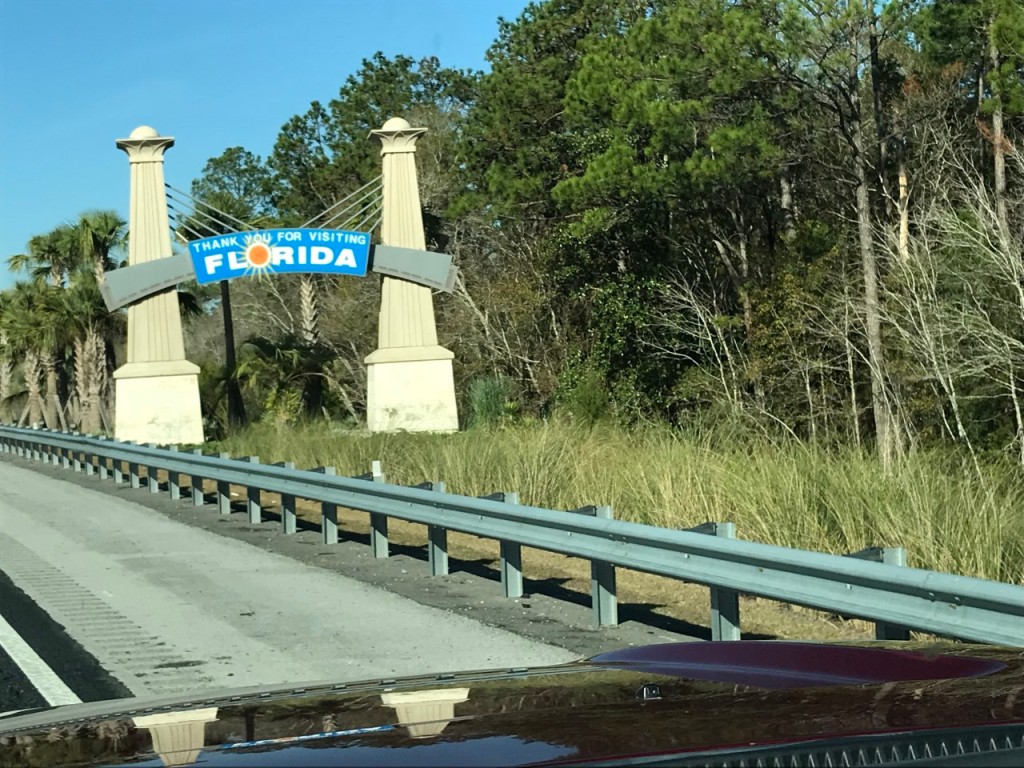 In a couple days the big winter storm was forecasted to hit the southern states over into south central Texas.  SO… I had to drive a lot of hours each day to make the 880 mile trek across Texas. I didn’t want to get stuck there with icy roads and lows in the teens.  Normally the longest I drive on a travel day is 4 hours.  To get across Texas I was driving 8 to 12 hours a day; it was very exhausting. I just made it over to El Paso which was out of the winter weather forecast a few hours ahead of the storm.  Sunday afternoon I crossed into New Mexico and stopped at a Las Cruces Walmart for the night. Not exactly the greatest place to spend New Years Eve. 😦

Finally, on Monday I crossed the Arizona State line – yippeeeee!  It’s great to be back in the west. 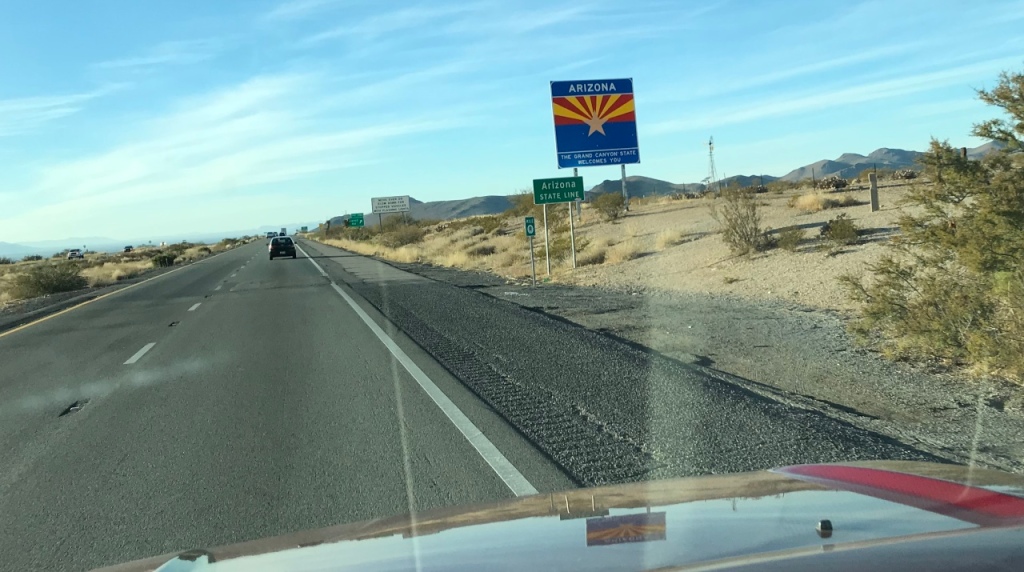 December 28th marked six months since I purchased my Nash 17k and began this adventure.  Due to the things I needed to get accomplished, I traveled a lot of miles.  I also saw so many beautiful places.  It was a great six months and I love this life!

I’m looking forward to what 2018 brings.

2 Comments on “Thanksgiving & Christmas In Florida”