Posted on December 15, 2017 By debsrvtravels

On Monday, October 30th I leave Santa Rosa Park in New Mexico and board I40 heading east towards Texas.  My plan is to take I40 as far as Amarillo where I will exit onto Hwy 287 towards Vernon, TX and then Hwy 82.  Of course, all my plans are written in jello and are subject to change at any moment 🙂

The drive east is uneventful, and I only make rest and fuel stops.  About 6pm I come to a rest area just east of Vernon, TX and stop there for the night.  It’s pretty quiet when I arrive, but quickly begins to fill up.  A truck parked next to me and left his generator running all night so didn’t sleep too well.  That’s one of the downsides of parking lot camping.

Tuesday morning I continue through Vernon, TX and take Hwy 82 which splits off towards Texarkana, AR.  I arrive just before dark and park at a Walmart for the night – it’s Halloween, so have my fingers crossed that it is quiet and no trick or treaters, haha!

I had parked off to the side of the store in a small parking area and it was very quiet thankfully.  No disturbances and I slept very well.  After breakfast, filled up at the Walmart gas station and continued on Hwy 82 towards Greenville, MS.  I really don’t like driving on the interstates and avoid it if I can.  So far Hwy 82 has been very good, much of it divided 4 lane.

About noon on Wednesday I cross the mighty Mississippi River on the relatively new Hwy 82 bridge.

This bridge was opened in 2010 and at the time of opening was the fourth longest cable stayed bridge in the US.  The main span is 1,378 feet long.

Across the river, I stopped at the Greenville Vistors Center.

Since I hit Texas the weather has been overcast and rainy.  Nights have been pretty cool.  I’m debating if I want to continue on Hwy 82 or drop a little further south to Hwy 84.  I picked up some maps and toured the small museum on the local area and the birth of Mississippi blues music.  By the time I’m ready to leave I still haven’t made up my mind which way to go when I pull out – left to stay on 82, right to take 84.  Left won, I continue east on Hwy 82.

In researching camping along this route, I had found info on Whites Creek Lake Park at Eupora, MS. I arrive at the campground just as it is getting dark, oh my.  This is the first time I have set up after dark.  First I had to stop at the dump station.  Then try to find the camping area and the layout of the sites.  It was very informal.  The sites were on a hill so all were pretty unlevel.  Once I picked out a site it was fun trying to back into it and miss all the trees.  I was shining a flashlight out the window trying to see where I was backing.  This was one time it would have been nice to have a spotter 🙂

This was the second time I was really glad I had a Progressive Electrical Management System installed when I did the solar.  When I connected to the electric at my site, the EMS showed a reverse polarity condition.  This can be very dangerous and lead to electric shock resulting in severe injury and possibly death.  One can choose to override the error, but it isn’t recommended.  Instead I was just able to reach the electric in the next site over, and it was ok. So I used it during my stay.

This is a nice little park on a lake with a large boat launch area, a picnic pavilion and other day use areas.  There are about 10 campsites with water and electric, $15/per night.  There was only one other site occupied during my stay. 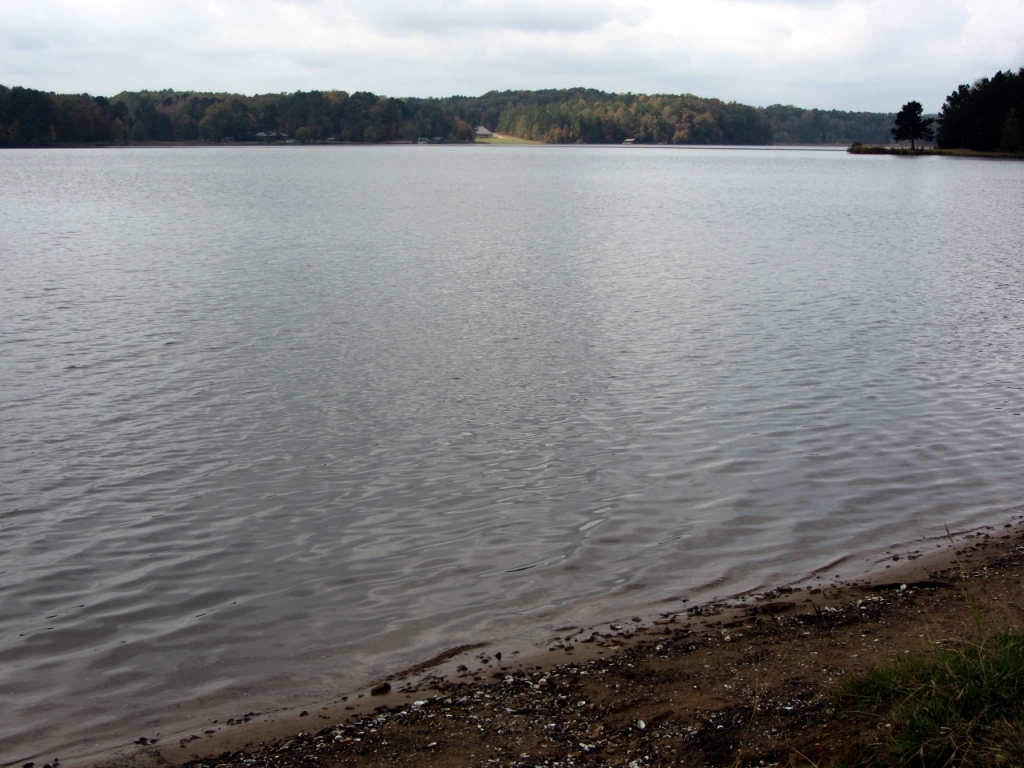 It was overcast and rainy most of the time, but one day the sun did peak out for a little bit.

It was very quiet here and nice to rest after the drive from New Mexico.  My first destination is Marianna, FL and it is about a day and half from this location. 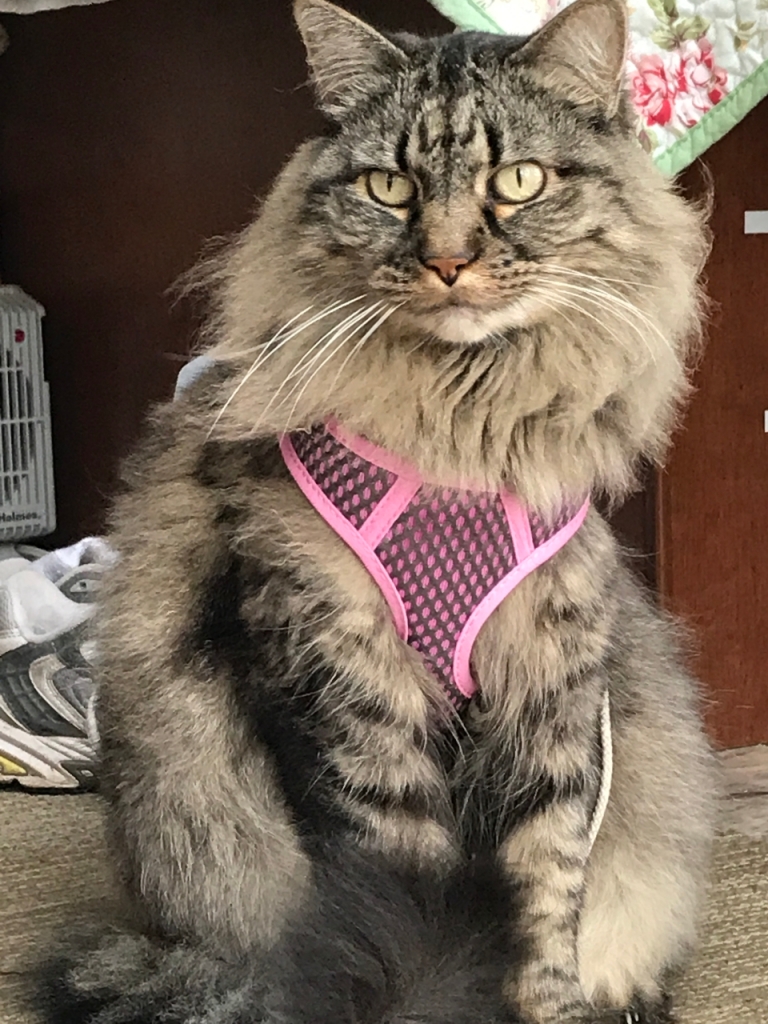 Misty likes it when we are at quiet places. There was some traffic passing by so she was nervous about going outside.  But she would sit in the doorway and look out.